On 28th October 1489, the king ordered his Royal Mint to produce

“A new money of gold” …and boom the very first Sovereign was struck during Henry VII’s reign. 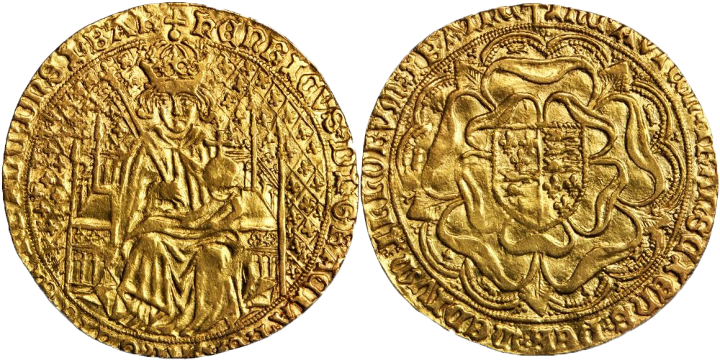 The sovereign wasn’t the first gold coin as they’ve been struck for hundreds of years prior. It was, however, the largest and most valuable ever seen at that time, weighing a whooping 15.55g 40mm diameter and 23.3 carat fineness. This large, striking coin clearly sent out a message of stability and prestige. On one side of the coin there was a portrait of Henry VII, on the reverse the royal arms featured with a magnificent double rose.

Sovereigns were issued for henry VIII, Edward VI, Mary I, Elizabeth I. It wasn’t until the reign of James I, crowned King of England and Scotland, that the practice died out. So after 115 years, this was the last sovereign to be issued until the reissue of the modern gold sovereign in 1817. 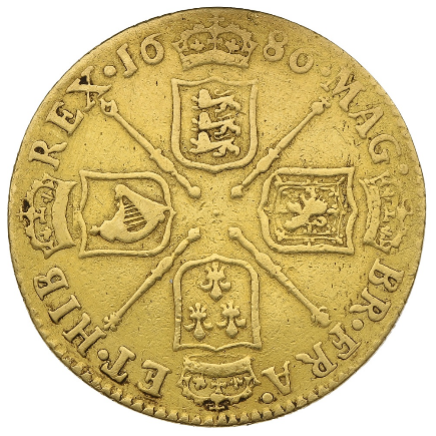 The modern Sovereign was confirmed as currency in 1817, was almost half the weight and diameter of the original Sovereign and made in 22 carat. It featured a new reverse design, which depicted St George and the dragon and was deliberately intended to make the coin stand out.

The Sovereign became one of the world’s most widely recognized coins. In the 200 years since it first reappeared, the reverse has rarely changed, with only a handful of designs appearing on the Sovereign since 1817. This beautiful, classic design remains on gold Sovereigns today.

The Victoria Young Head Sovereign was produced between 1838 and 1887. An interesting fact about the Young Head coins, they are the only Sovereign to run concurrently with two differing designs on the reverse. Both the coins have a portrait of the young Victoria, however from 1838 to 1887 the design on the underside displayed a shield. From 1871 to 1887 the Royal Mint revived the earlier design of St. George and the Dragon. 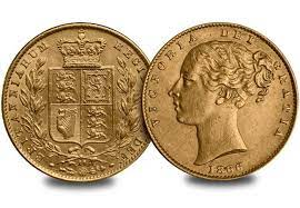 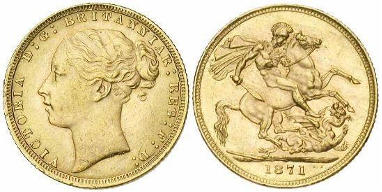 With the start of the First world war in 1914, the sovereign vanished from circulation in Britain; it was replaced by paper money and did not return after the war, though issues at colonial mints continued until 1932.

For years people have made jewellery out of these fine gold coins, but soon as they are soldered or cut they are not as valuable. 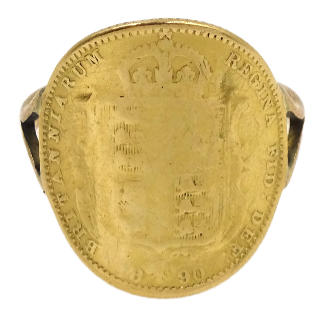 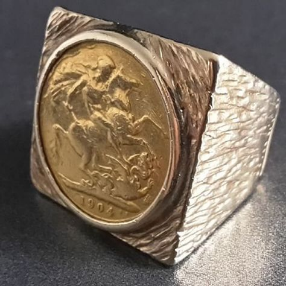 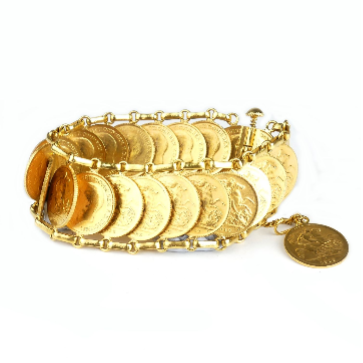 Since its revival in 1817, the sovereign has played its part as a circulating coin, a bullion coin and, most recently, a commemorative coin. And to this present day the sovereign is worth more than just its weight in gold….

Loan against my Sovereign Coins